Are you searching for a perfect messaging app for your Android device? If you are, then you have come to the right place.

We have gathered 9 most prominent Android messenger apps for you. This article is going to be helpful for people who are searching:

Ok so before we go through our list, let’s first check these useful resources to make most use of your Android phone: 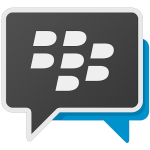 BlackBerry Messenger has came back strongly after the great downfall that they suffered after the enhancement of Android phones.

BlackBerry Messenger is not on top, but still it has managed to gain some small but loyal following from all around the world.

The application itself is not bad, In-fact it features some very cool features including an always-on premise that helps you phone to keep the app always loaded into your phone’s memory.

BlackBerry voice calling is another feature why I would still take this messenger in my list. The file sharing system has also been expanded and now you can send documents, voice notes, images and some other useful files.

All in all, it’s a very smooth app and deserves a try, after all BlackBerry is the developer. 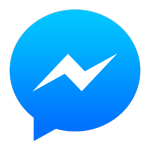 Facebook Messenger stays as the top messenger app for both Android and iOS.

What makes FB messenger a very tough competitor for other developers is that Facebook has a large community of a billion people(and growing) and most of them use FB messenger app too.

Facebook Messenger also has some other features that make this app superior than others like free voice calls, stickers, emojis, cool symbols, GIF files and much more.

Facebook is also working to add more features to their messenger app and now you can also change the color of your chatbox.

So overall, Facebook messenger app is superior by all means and stays on first spot in my list. 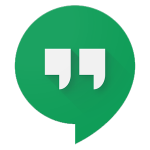 Google Hangout is also very easy to learn and a normal user who has basic knowledge of internet can easily use it.

Overall, it’s a very decent service that has many features including free voice calling, messaging, free video calling and you can also put your SMS conversation on it.

Make your chatting experience much more entertaining by using free stickers, emojis and you can also share gif files with your friends. 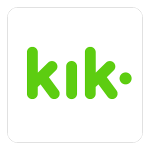 People who like to hide their identity or like to use nicknames instead of their real names should use Kik Messenger.

It allows you to use your Username instead of your real name. If you are a Clash of Clans player, then you might need to communicate with other players outside of the game.

In such scenarios you might not want to disclose your personal identity, so you can use Kik Messenger to ensure that you stay connected with COC players and don’t reveal your personal details.

It also contains some common features like emojis, stickers and you can also do group chatting and shares images, gifs and videos. You can also play small Kik messenger games with each other.

Viber is a very popular app and I don’t think that there might be any smart phone user who may not know about it.

Once you install it, it will add all your contacts into it from your phone memory. You can do free text messaging, send stickers and emoticons to your friends.

Video and voice calling are also free features and you can also share photos with your friends.

Viber Out is a very cool feature for making cheap international and domestic calls at very low rates – however, Viber to Viber calls are always free of charge. 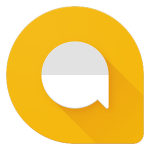 Google Allo is another Google app that is built for providing a decent platform to Android users for doing free chatting.

Google has also added Google Assistant feature that has attracted many people. iOS users can also use Google Allo since it’s also available for iPhone users.

It provides many free features like photo sharing, stickers and emojis, but what makes Google Allo different is Google Assistant.

Just have a small chat with Google Assistant and enjoy – it’s a very similar function like Cortana and Siri. 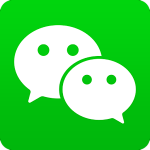 Ching-pong-kong, If you are living in China then you might love WeChat – it has over 700 million users in China – so you know how much WeChat is popular.

But it also has some extra features like Friend Radar, Shake and People Nearby to help you to find friends who live nearby you. You can also use this app on Apple Watch and Android Wear. 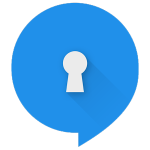 If you are one of those who give ultimate priority to security of their personal documents and data, then Signal is a perfect app for you.

Signal has been developed by Open Whisper System and has the most securest messaging encryption and security system.

And when I say securest encryption system, then that means military grade encryption for all your voice and chat messaging.

It is also recommend by Edward Snowden which makes it a first choice for people who are looking for secure messaging apps.

SnapChat is a cool chatting app. It has become very popular in youth because of its cool features.

You can share videos, photos with your friends that can self-destruct. The best feature that I like is that you can send your friends a “snap” for a small period of time before it disappears.

Funny filters are also very funny for editing your videos – you can also do photo editing with SnapChat.

For me SnapChat is the most funniest Android Messenger and I would recommend to try it for once.