If you consider yourself a wordsmith or a vocabulary freak intent on proving your worth in the English language, you have a worthy adversary in the new game called Wordle, which has been taking the world by storm in 2022. This word game was created by a Welshman called Josh Wardle, and is a play on the name of the inventor himself.

A Brief History of the Game

The game is similar to the older 1950’s based Jotto or the TV based game show Lingo. Players have to guess a 5 letter word. They have a total of six attempts possible to do this. Feedback for the players is given in the form of colored tiles will tell whether the guess is close to the original word or not. The solution to the game is published on a daily basis.

Wardle had made the game for himself and his partner to enjoy at home. However, when the game was praised by his group of friends, Josh began to realize its commercial viability and eventually approached the New York Times publishing group to incorporate it as a regular daily feature in their online newspaper.

This article gives users some tips and tricks to get some 5 letter vowels as well as three and four letter vowels that will help jog their memory and act as a warm-up for playing the game in a better and more efficient manner.

The game went public in November 2021 and has steadily been gaining popularity among word sleuths since its inception.

A Rise in Popularity

The game gained many followers around the 2021 Christmas season when Josh Wardle added the capability for users to append their daily results in the shape of Emoji squares. This was rapidly publicized on Twitter.

The gathering popularity of this game led to a lot of copies and spinoffs in a wide number of languages. Meanwhile the English version of the game has been purchased by the New York Times from its inventor in the beginning of 2022 for an undisclosed amount. Wordle has now become a permanent part of the online newspaper since February 2022.

Let us say that you have been playing the game for a while and want to get an edge over your friends or adversaries by getting a potential best word or a list of good words to begin the game with.

Look no further now. In this article you can find a list of 5 letter words that have the most vowels. This will surely help you get a better result on Wordle. Feedback tiles in the game are usually colored as green, black or yellow.

There is also a better way to make a more educated and reasoned guess at the possible correct word in the Wordle game. This is for the more seasoned and interested players of the game.

The Reasoning behind word choices in Wordle

If as a user, you have tried to analyze the Wordle game at any point, you will surely agree that the best strategy is to always begin with a word that has more than one vowel in it. Another thing that has been noted about this game is that there appears to a preference for repeating vowels.

Given that the five vowels in the English alphabet are some of the most common inclusions in all our words, they are a standard choice for the first word of the daily online Wordle game in most instances.

There are very few words without vowels in the English language. Words like Crypt or Gypsy are the exception rather than the rule. Etymologists state that there are around 2135 words that are eligible in Wordle for the purpose of the game.

When you choose to answer with a vowel stuffed word, you will be closer to guessing the real word rather than using a combination of vowels and consonants. This can increase the chances of scoring a correct guess while at the same time getting a speed record.

Consonant and vowel combinations have a higher chance of being a correct word rather than a high mixture of vowels. Vowel stuffing can also make the game more difficult. Both vowels and consonants can be used and both can have unique combinations like ADIEU or QUEUE.

Wordle: Some of the 5-Letter Words Having 4 Vowels

If there are any 5-letter words having 4 unique vowels in them, this will give players an almost definite surety for having at least one of the vowels.

Users are requested to note that the list of 5-letter words with 3 vowels is fairly long.

So the undermentioned list has therefore been restricted to 30 words that you can use to clear three vowels in one word.

The list of words below contain 4 vowels. However users will see that these have only three unique vowels.

A list of 3-Vowel words that exist without repeating a vowel:

Is there really a need for Vowel-Stuffing?

There are many players who use the strategy of vowel-stuffing in order to get a better, faster and more accurate result.

However some say that the idea of adding more vowels should not be the only strategy in play to make progress right from the beginning of the game.

This is due to the Wordle solution list having removed some unfamiliar alphabets from this group. This involves some words like LOUIE or other terms like ADIEU. These words are allowed as guesses and help in the process of cancellation.

Targeting words with an even letter spread (using both vowels and consonants) might let players find the result in a quicker manner.

The idea is to sift through some charts and letter distribution data to see which letters (not including vowels) are most common in  the eligible words. For the benefit of all, a number of clever and agile game players have already studied the Wordle letter distribution.

Depending on their findings, players have determined that some of the letters do have a higher frequency of appearance, for instance the letters C, N, L, R, and T.

Please enjoy:  All You Need to Know About Torrentz eu

Wordle Terms Having Fair Spread in Vowels and Common Letters

If users select first words as a determined move to expose the relevance of the letters in the game, eliminating and guesswork can be accomplished at the same time by way of deploying common letters into the game. It takes a lot of effort to get a lock on vowels and also gives users some space in order to include or exclude some common letters.

Taking a look at the above image of a Wordle game, you can see how the mix of letters has aided in striking off many common letters and vowels from the set of available alphabets. If the word used was ABOUT instead of ADIEU, there would be the decided benefit of showing the correct vowel, but the player might have needed more ideas to bring out the available consonants. The moves may also be affected by the placement of the alphabets that got some positive feedback.

Some first-words with an evenly spaced letter dissemination to consider include the following:

Please look at the undermentioned list of words that have 3 unique vowels. These words rank among the actual Wordle list of eligible words.

The list may contain words from older Wordle games and very possibly contains words that might come up as the hidden word in any of the future games. This is a fun cheat mode to extend your chances for nailing the challenge in a single shot. Users are therefore advised to read the undermentioned list at their own discretion.

Armed with these words, users can get the upper hand in their daily Wordle game. 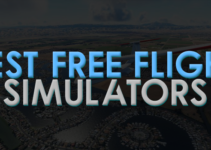 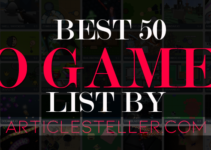