The US economy, analysts say, is quite vulnerable these days. Inflation is at an all-time high, according to retail market numbers, and people, especially investors, are unsure of what to do.

But as always, there is a large segment of stock dealers who say that there is no real need to worry. Let’s go deeper into the reasons, and get some logic and conventional wisdom behind it.

The State of the Stock Market

The stock market in the USA, just like anywhere else in the world, is prone to ups and downs. Any kind of news, political, financial or otherwise, can affect the stock market for better or for worse.

Markets are subject to speculation, and when a situation of uncertainty prevails, speculation is rife.

What goes up must come down. A bull market must turn into a bear market at some time. It’s clear that the market runs in cycles, and some say that we are in for a cyclical correction.

A Mix of Positives and Negatives

Take it from the horse’s mouth. Berkshire Hathaway’s Charlie Munger has remarked that the market is full of speculation these days.

Ever since Russia attacked Ukraine, the markets have been flustered. If we thought there was going to be some semblance of normalcy after recovering from the Covid-19 crisis, it seems we were wrong.

The Covid-19 crisis has spawned a whole lot of unanticipated risks. Supply chain vulnerabilities, rising unemployment, food shortages- all these are harbingers of a recession.

On the positive side of this equation, you will find that many of the younger generation invested in the stock market for the first time. According to some estimates, around 20 million people have invested in the market since 2020.

Unfortunately these investors have never experienced a lot of market volatility. High inflation and high interest rates have added to market turbulence.

Newbie investors, who invested their extra income as a safety measure are now panicking. Indiscriminate buying is giving way to indiscriminate selling.

All is not lost: Why There is Still some Hope 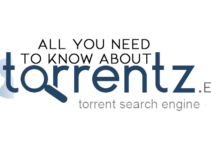 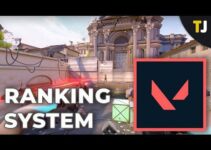