Most probably you might have heard about “Yellowstone,” already, this show has been an unlikely hit on TV for the last four seasons and still going on. The show “Yellowstone” has been so famous that the creator Taylor Sheridan has released its prequel series too and is working on both shows. However, looking for a platform to watch “Yellowstone” can be a bit tricky – starring Kevin Costner as the head of a ranch powerful family in Montana. Well, that’s where you need our help.

Here we have gathered and shared all the information individuals need to know about where to watch “Yellowstone” – how to watch, the number of seasons available on the horizon, and where to watch it on television.

Where is “Yellowstone” Aired?

Yellowstone – it is an original show of Paramount networks and new seasons for this show air on Paramount Network TV. The latest season, season 4 was launched on 7th November, 2021, and completed the season on 2nd January, 2022.

Where Can You Watch “Yellowstone”?

Is “Yellowstone” available on Paramount Plus?

Sadly, no. You cannot watch “Yellowstone” on Paramount Plus because the exclusive rights were licensed to Peacock in 2020 to stream the series.

The famous series with the western touch in modern days with star Kevin Costner playing the character of John Dutton, a widowed head of a powerful family known as “Dutton” who looks after a huge ranch located in Montana. The story shows that John Dutton has a clash with federal government officials, locals & neighboring reservations of Native Americans, all of this is going on while he is giving his best shot to ensure his Yellowstone ranch remains operational.

Check out: Garena Free Fire: One of the most liked games in India

Will “Yellowstone” Have Season 5?

Of course, yes. The creator of “Yellowstone” Taylor Sheridan is working hard on writing Yellowstone season 5, just like the way he planned and directed the last four seasons for this show. The premiere date for season 5 has not been decided yet, but with producer hints, season 5 for this show will likely be released in the fall like previous seasons.

Where “1883” prequel series to “Yellowstone” can be watched?

1883 – Prequel series of “Yellowstone” released in December, 2021. The show goes back to the year 1883, the Dutton family’s first generation. The show has a casting of Faith Hill & Tim McGraw, and is available solely on Paramount Plus as it is a Paramount Plus original. The show is not available on Peacock neither it does air on T.V. 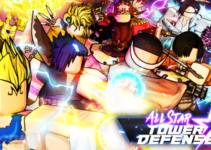